Get your Bake on! 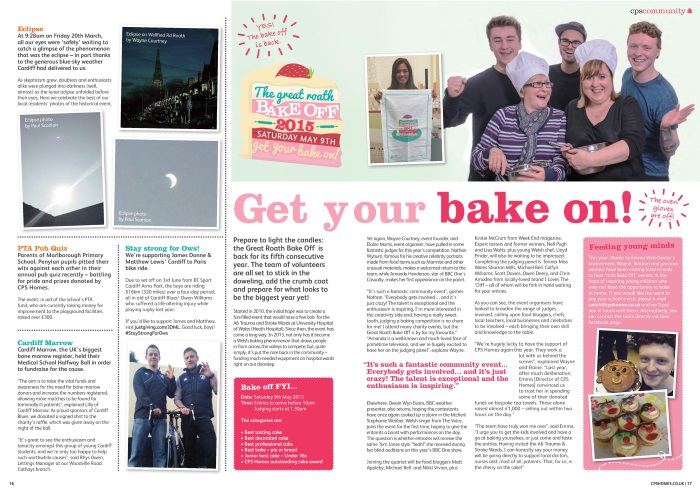 Prepare to light the candles: the Great Roath Bake Off is back for its fifth consecutive year. The team of volunteers are all set to stick in the doweling, add the crumb coat and prepare for what looks to be the biggest year yet!

Started in 2010, the initial hope was to create a fun-filled event that would raise a few bob for the A6 Trauma and Stroke Wards at the University Hospital of Wales (Heath Hospital). Since then, the event has come a long way. In 2015, not only has it become a Welsh baking phenomenon that draws people in from across the South Wales Valleys to compete, but, quite simply, it's put the care back in the community – funding much-needed equipment on hospital wards right on our doorstep. 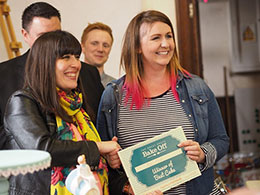 Yet again, Wayne Courtney, event founder, and Elaine Morris, event organiser, have pulled in some fantastic judges for this year’s competition. Nathan Wyburn, famous for his creative celebrity portraits made from food items such as Marmite and other unusual materials, makes a welcomed return to the team, while Amanda Henderson, star of BBC One's Casualty, makes her first appearance on the panel.

"It's such a fantastic community event", gushes Nathan. "Everybody gets involved… and it's just crazy! The talent is exceptional and the enthusiasm is inspiring. I'm more interested in the creativity side and, having a really sweet tooth, judging a baking competition is no chore for me! I attend many charity events, but the Great Roath Bake Off is by far my favourite."

"Amanda is a well-known and much-loved face of primetime television, and we're hugely excited to have her on the judging panel", explains Wayne.

Elsewhere, Owain Wyn Evans, BBC weather presenter, also returns, hoping the contestants have once again cooked up a storm in the kitchen! Stephanie Webber, Welsh singer from The Voice, joins the event for the first time, hoping to give the entrants a boost with performances on the day. The question is whether entrants will receive the same Tom Jones style “Yeah!” she received during her blind auditions on this year's BBC One show. 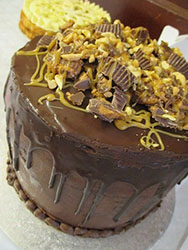 Joining the quartet will be food bloggers Matt Appleby, Michael Bell and Nikki Vivian, plus Kirstie McCrum from Week End magazine. Expert tasters and former winners, Nell Pugh and Lisa Watts, plus young Welsh chef, Lloyd Pinder, will also be waiting to be impressed. Completing the judging panel is former Miss Wales Sharron Mills, Michael Bell, Calfyn Williams, Scott Davies, Owen Deery, and Chris Amodeo from locally-loved brand I Loves The 'Diff – all of whom will be fork in hand waiting for your entries.

As you can see, the event organisers have looked to broaden the range of judges involved, calling upon food bloggers, chefs, local teachers, local businesses and celebrities to be involved – each bringing their own skill and knowledge to the table.

"We're hugely lucky to have the support of CPS Homes again this year. They work a lot with us behind the scenes", explained Wayne and Elaine. "Last year, after much deliberation, Emma (Director of Cardiff estate and letting agent CPS Homes) convinced us to trust her in spending some of their donated funds on bespoke tea-towels. These alone raised almost £1,000 – selling out within two hours on the day."

"The team have truly won me over", said Emma. "I urge you to get the kids involved and have a go at baking yourselves, or just come and taste the entries. Having visited the A6 Trauma & Stroke Wards, I can honestly say your money will be going directly to support local doctors, nurses and, most of all, patients. That, for us, is the cherry on the cake!"

Time: Entries to arrive after 10am. Judging starts at 1.30pm. 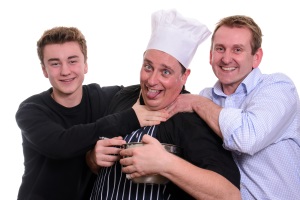 This year, thanks to Emma Web Davies' involvement, Wayne, Nathan and previous winners have been visiting local schools to host 'mini Bake Off' events, in the hope of inspiring young children who may not have the opportunity to bake at home.

If you would like the team to pay your school a visit, please e-mail cwtch@cpshomes.co.uk and we'll put you in touch with them. Alternatively, you can contact the team directly via Facebook.