The effects of the Mortgage Market Review 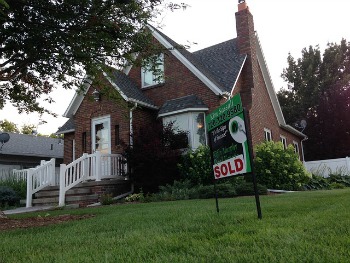 The Mortgage Market Review (MMR) has initiated harsher mortgage procedures, in its Responsible Lending report in July 2010, where lenders are obligated to carry out thorough assessments regarding spending habits and undertake stress-tests on homebuyers. These changes have made it more difficult for borrowers applying for a home loan, but research suggests that some people are more affected than others. Recent investigation by the Intermediary Mortgage Lenders Association (IMLA) suggests that borrowers who are single, self-employed, have low incomes or have dependents are most affected by the new restrictions on mortgage lending.

The individuals most effected
Brokers acknowledged that the three most affected categories of consumers were those with dependents (73%), followed by low income borrowers (58%), and self-employed people (49%). Lenders agreed, claiming that the MMR has had the biggest impact on low income borrowers (85%) and borrowers with dependents (77%). However, they identified single and self-employed homebuyers as equally affected (both at 38%). Although brokers and lenders recognised similar results, both had significantly contrasting views on the effects on re-mortgaging consumers. Brokers claimed that 40% of re-mortgaging borrowers were victims to the new restrictions, whereas lenders believed that the MMR had no effect on this type of consumer.

The impact of the stress test

The Executive Director for the IMLA, Peter Williams, declared:

“The fact that interest rate stress tests are having the biggest impact on borrowers shows they are doing their job by identifying those who would struggle to manage their repayments if rates rise. It may involve some short-term pain for those who can only borrow less than they were hoping, but it is a necessary move to protect their long-term financial position when the inevitable rise occurs.”

What you should expect

Although the MMR has made borrowing money for a mortgage a lot more difficult, consumers can be confident that the advice they are receiving is of better quality and more informative. Bank staff have to undergo training and be qualified to a particular standard to offer advice, whereas beforehand staff didn’t need to be qualified at all. The other positive outcome is that consumers will be more knowledgeable about the cost of mortgages, and they can further assess their spending to understand what they can afford. Lenders can still offer interest-only loans on the condition that there is a concrete payment plan. Lenders can also continue to offer a mortgage to borrowers with an irregular credit record, if there is evidence that the individual can afford it.

Are you still thinking of applying for a mortgage?

We understand that this might all seem a little daunting, but don’t be put off buying property! Our advice is to be wise with your money, think about what you really can afford, and don’t overestimate your finances! Be particularly careful during the months leading up to your mortgage application. If you would like more advice on buying or renting property, contact one of our branches.