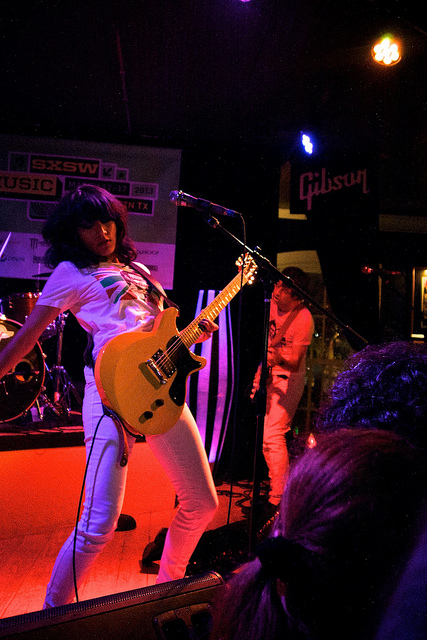 We caught up with Radio 1 DJ Huw Stephens at his own Cardiff music festival in October 2014. He told us how the Duke of Edinburgh got him into radio and Mark E Smith hated his band.

In 2007, you co-founded Swn music festival here in your hometown, which has become an autumnal highlight. What's running and growing it been like?

We jumped in headfirst when starting Swn. John Rostron and I have worked with some amazing people every year to make it happen. We wanted to prove that it could work in Cardiff, and that an ambitious, eclectic festival like it had an audience. It’s been hard work over the eight years, all without payment, but I have really enjoyed it and am proud of it.

What was behind the downsizing this year?

We had to change it this year or not let it happen at all. Swn takes a lot of time, effort and money to make happen. Making it a one-day event this year and calling it Dim Swn made complete sense.

You've always been a proponent of new music. What's out there that excites you? Anything coming out of South Wales we should be listening to?

I grew up with so much going on in Cardiff. It was an exciting time. Since then, I've heard so much great music from all over the place that I get to champion on Radio 1. South Wales being home, it's great to see bands like Samoans, Cut Ribbons and Kutosis come through and I love what Bodhi are doing too. They're house producers from Cardiff who are making waves. And Rockwell is one of the most exciting drum and bass producers around. With a lot of new music to devour, I listen to loads and try to play a good range on the shows. When I buy music, it tends to be compilations of music I've never heard; rock n roll, soul, that kind of thing.

Were you in a band as a teenager?

I wouldn't say I was in a band – more of a project. We were called Picnic, and it was lead by a mysterious man from Anglesey called Johnny R. He did a lot of underground, experimental electronic music. We played two roadshows for BBC Radio Cymru, released a green seven-inch single, got slagged off by Mark E Smith of The Fall in Melody Maker, and then split up. They were very happy days. 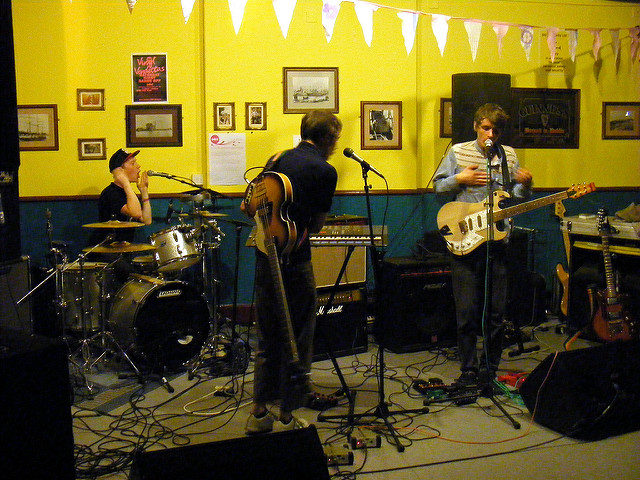 What made you realise you were better off playing and talking about other people's music?

I loved listening to the radio, and I thought working on it would be the best job in the world. When I started the Duke of Edinburgh Award in Whitchurch Youth Club, I asked if I could go to a radio station. They sorted it out for me to go to Rookwood Sound (hospital radio), which was based in Llandaff back then, and I went in as a volunteer initially. I eventually got my own show playing whatever I wanted, as well as doing requests. I was 15 and absolutely loved it. I learnt how to do a show there, how to put a running order together, how to talk into a microphone… that kind of thing.

Who in the world of broadcasting has been your biggest influence?

Steve Lamacq and Jo Whiley on the Evening Session were my favourites, and Steve has become a friend, giving me loads of advice. Bethan Elfyn took me on-board as her co-host when we started the Session in Wales back in the day, and I'm forever grateful to her for giving me such an amazing opportunity. John Peel was the greatest DJ who ever lived, and an amazing man. I also loved listening to Chris Evans, Mary Anne Hobbs and Owain Gwilym on BBC Radio Cymru.

What was the first record you bought with your own money as a kid? What attracted you – and still attracts you – to indie left-field music?

The first 12-inch I bought was Red Alert by Basement Jaxx from HMV. The first record was from Spillers Records, and I think it was an Edwyn Collins single. I love discovering music and hearing something interesting. That's why I love going to record shops in the different cities I visit. iTunes and Spotify is fine if I want to hear something specific, but finding a CD or record in a shop that makes you excited – new or old – is really cool. What attracts me to independent music is that there's so much good stuff out there, but it can be hard to get heard. You need to support it so it can carry on and keep making the world interesting.

Can you tell us a song that has changed your life?

Patio Song by Gorky's Zygotic Mynci. They went from being local heroes to stars. They were an amazing band, and Euros Childs and Richard James are still incredible composers. That song made me realise you could take your music anywhere; to the charts! They used to be signed to Ankst Records, and I'd hang out there instead of going to maths class in school. They inspired me to be involved in music. They also sponsored my hospital radio show by giving me loads of CDs to play.

How often do you return to Cardiff? How do you view the changes – are they all positive?

I’m in Cardiff whenever work doesn't mean I have to be elsewhere. It’ll always be home, and I love it to bits. Like every major city, it has changed a lot, but it's essentially the same every time I visit. I wish we'd kept the older buildings, rather than demolish them and build modern ones everywhere. We still have a lot, and we must keep the arcades. I also hope the Coal Exchange stays and is used for something good. 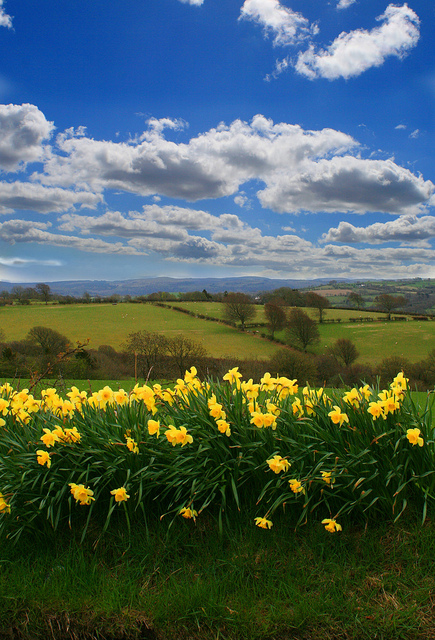 Which pubs and clubs did you like in your late-teens?

Metros was fun! Barfly was essential, and The Green Parrot on Westgate St was a favourite. The Hippo Club was the stuff of legend, and we once had a school party in there.

What does a good night (in Cardiff or otherwise) consist of these days?

A curry, a band and a pint. Ideal!

Which other places in Wales do you like to visit and why?

My wife is from Tregaron, and I love going there to see her family. My Mam was born in Aberystwyth, so it's always lovely to go there and see the sea.

Many DJs seem to make the jump to TV, and you've previously done stuff on S4C. What are your plans for the future, and do they involve telly?

I’ve done a bit of Bandit on S4C for about ten years, then I worked for Sky at Bestival and did a series called Topman CTRL for Channel 4. I also covered Glastonbury for BBC Two earlier this year, which was a lot of fun. But I have no ambitions to be on TV at all. Everyone knows radio is a billion times better!

If you’re interested in buying or renting a property in Cardiff, get in touch with the team at CPS Homes today. We can help you find your perfect property and provide support with anything from paperwork to checklists!