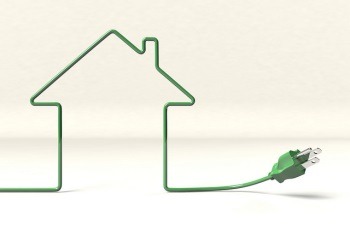 Industry bodies such as the National Landlord Association (NLA) have warned the government to proceed with caution regarding their plans to introduce minimum energy efficiency requirements in the private rented sector, citing the difficulties that arose with the introduction of Green Deal finance. The government set an original deadline of April 2020 for all rented properties to meet minimum energy efficiency standards with the aid of the Green Deal, however the NLA has now called for this deadline to be extended after Green Deal finance proved inaccessible, unaffordable and unattractive.

What is the Green Deal?

The Green Deal was set up to give private firms the ability to offer their consumers the chance to make energy efficiency improvements to their homes, businesses, or community spaces at no upfront cost, and recoup the expense through a charge on future energy bill payments.

At its launch at the beginning of 2013, the scheme proved unsuccessful as just 4,000 households signed up in the first seven months of its operation. Some homeowners were left unimpressed with the initial £120 assessment fee and the high interest rates on Green Deal plans, while others were concerned about the potential difficulties in selling their homes at a later date, as the debt stays with the property, not the individual.

One of the provisions of the Energy Act 2011 was that the government introduce minimum energy efficiency standards for all properties in the private rented sector from 1st April 2018 upon the expectation that Green Deal finance would be available from autumn 2012. As it turned out, the financial help was not available to private landlords until April of 2014, meaning that landlords effectively lost two years’ worth of time before beginning to establish any energy efficiency measures, through no fault of their own. The NLA are therefore calling for a progress review in 2020, and a new provisional deadline date of April 2023 to give landlords more time to complete the measures.

Even when a rental property is generating no income, the landlord still has to continue to cover property costs, such as making mortgage repayments and paying utilities, so the shorter the void period, the better. Earlier this year, a survey by Paragon Mortgages revealed that the average property void period in the UK had fallen to 2.7 weeks, but properties that are unable to implement the recommended energy efficiency measures by the government-imposed deadline are likely to see their properties stay empty for longer, as landlords will not be able to let their property until these measures are met. Given the difficult access to finance and the high interest rates on the loans themselves, the NLA have argued that a responsible landlord will likely conclude that it makes better business sense to leave a property empty and unimproved rather than complying with government regulations and investing thousands of pounds into a property when they are unlikely to recover their costs or see any return on their investment.

At CPS Homes, our average property void period is only six days, so landlords can be assured that their properties will continue to generate rental income all year long. Furthermore, our membership in several of the country’s leading industry bodies ensures that we adhere to very strict codes of practice that means tenants can be certain that any property they rent through us meets industry standards and government regulations at all times. As a proud sponsor of the Cardiff Blues, we’re also supporting their recently-announced campaign to go green, which encourages the team, the coaching staff and even the fans to be both more environmentally-friendly and aware.

If you’re either a tenant or a landlord looking for a lettings agent you can trust, contact us today at any one of our three Cardiff branches to find out more about how we strive to provide all of our customers with the best possible service, and ask us any questions you may have about letting or renting in Cardiff.