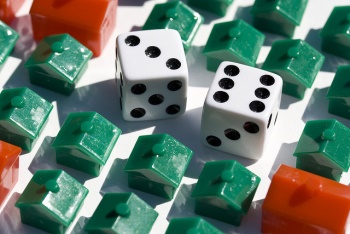 The government has recently announced plans to regulate parts of the buy-to-let mortgage market to meet new EU regulations, which will see strict affordability tests enforced that could reduce the number of buy-to-let home owners in the UK. Under new EU laws, certain types of landlord mortgages will face tougher regulation in line with the European Mortgage Credit Directive. The decision to implement these changes has been met with criticism from the mortgage industry, who feel that the changes will adversely impact on an already saturated buy-to-let market as tens of thousands of people could be denied loans, whilst others will end up paying more for their mortgages.

Currently, the mortgage industry separates property owners into two distinct categories: the ‘business borrowers’, generally consisting of landlords actively choosing to rent out their property in pursuit of profit, and the ‘owner-occupiers’, consisting of homeowners who live in their own property. However, there is also a group of so-called “accidental landlords”, who may not have originally intended to let out their property but have found themselves in a situation where they need to do so. This could be due to several reasons, such as an inability to sell their property, or having acquired a property in another area through inheritance or relocation. In these examples, homeowners often choose to let out their property while waiting for the opportunity to sell, and therefore become landlords circumstantially, without making an active business decision to do so. The government has called for stricter regulations on mortgage loans to those who fall into this category so that they meet the requirements of the new Directive; this translates to roughly 20% of the 1.6 million existing buy-to-let mortgage market.

The proposed regulation measures will compare accidental landlords to traditional homeowners, rather than business landlords. If a landlord purchases a property with the sole intent of letting it out, their property is considered an investment purchase for commercial gain and, as result, the mortgage loan is less likely to be regulated due to forecast return on the loan in the long run. Those owners who occupy their properties however, are considered to be consumers, and their loan is more regulated to ensure that mortgage payments are met. Under new regulations, buy-to-let mortgage applications will be subject to extra affordability tests and applicants will have to pass criteria in the same ways as traditional home buyers. This means that mortgage providers will consider the individual’s salary and spending habits before approval, rather than the projected rental income as the current rules allow.

A shortage of supply in the private rental sector

Buy-to-let mortgages should be considered an investment, no matter how a property was obtained, and the plan to enforce regulations on this section of the mortgage industry alone has been met with criticism from leading industry experts. According to the Council of Mortgage Lenders (CML), the new regulations are not based on a need for consumer protection, as the EU Mortgage Credit Directive outlines, but rather, they are being imposed purely to ensure that European legal requirements are met. They continued to argue that the rule change will discourage people from entering the buy-to-let marketplace, a sector that already suffers from a supply and demand problem, which subsequently leads to an accommodation shortage within the private rental sector.

Stephen Parry, Commercial Director at Landlord Assist, maintains that encouraging landlords to invest in property should remain a priority, and is the only way to even the demand and supply balance whilst ensuring that tenants will have more choice at better prices. Industry professionals are hopeful that the impact of these changes will be minimal, but it has been announced that the new regulations will not come into effect until March 2016 in order to give both mortgage firms and customers enough time to prepare for the changes.

If you’re a landlord in Cardiff and you’re currently looking to let your property, don’t hesitate to contact us if you have any questions, or fill in a valuation request form to find out how much rent you could achieve in your area. We have a friendly team of highly trained staff on hand to make sure you get a free, expert valuation on your property, so give us a call today!