CPS Homes letting more properties than ever before | CPS Homes

CPS Homes letting more properties than ever before 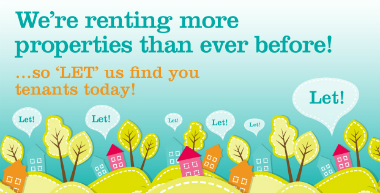 The first five months of 2014 have seen us let more properties than ever before - and it's a trend that looks set to continue for some time yet.

Across our three Cardiff branches, we've found tenants to fill over 470 units, which is a sizeable 10% increase on the same period in 2013.

In November, we reported that, on average, it takes us six days from the point of listing to sourcing tenants, and we've maintained that average (often bettering it!) so far this year.

Not only that, but our average empty/void period – a landlord's worst nightmare – is also six days, which is considerably less than the three-week national average reported by ARLA for the final quarter of 2013.

An empty property is no good to man or beast

Rhys Owen, Lettings Manager at our Woodville Rd branch, said: “I've had landlords come to me and say other agents have told them it’s been a slow year, but that’s at complete odds to what we've experienced. We’re crying out for more properties in order to satisfy tenant demand.”

“There’s absolutely no reason for a buy-to-let property to be lying empty. In fact, if my tenants were due to move out in the next couple of weeks and my agent hadn't already lined up a new tenancy to start shortly afterwards, I’d be seriously questioning how effective they’re marketing is – that’s how much clamour there is for rented accommodation right now.”

"We've got the advantage of holding a database of people looking for somewhere to rent. We keep in touch with them regularly and they receive daily updates on what we've taken on, so we’ll often have at least three or four viewings booked within 24 hours of putting a house or flat on the market."

As well as a jump in the number of properties we've let so far this year, we've also been able to secure tenancies at higher rent levels than ever before.

Bradley went on to say: “We always carry out a rent review when a tenancy comes up for renewal. We double check the tenants are paying in-line with similar properties we've let in the area in recent months and, if it looks disproportionate, we’ll do our best to negotiate an increase.”

"Clients who have been with us for a while are used to our rent reviews and are pleased when we’re able to boost their rental income, but it’s those who come to us from other agencies who see the biggest difference and can reap the immediate rewards."

"We've had instances where we've rented a property at £675 per month, yet a month earlier it was bringing in £600. Times are changing and the rent levels of two years ago are now vastly outdated, but a lot of agents haven’t realised it."

If you’d like any further information on the topics covered in this article, or if you’d like us to carry out a free valuation of your property, please contact our Woodville Road branch on 02920 668585 or our Cardiff Bay branch on 02920 480490. Alternatively, please e-mail us via enquiries@cpshomes.co.uk.