Join Cardiff's Asian Society for an evening of cultural entertainment! 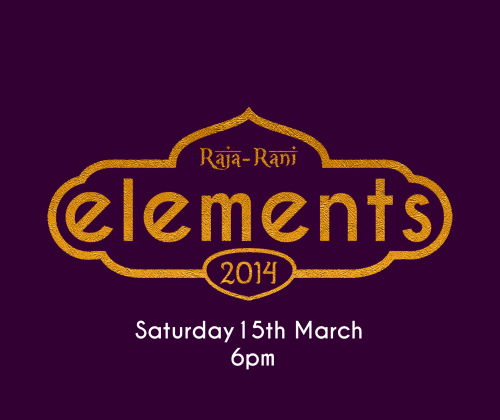 CPS homes are proud sponsors of Cardiff University's Asian Society, a brilliant society that has been awarded gold by the Guild of societies tier structure. Living up to their gold rating, Cardiff's Asian Society hold fantastic events during each academic year, embracing and showcasing Asian culture. Previous events have included celebrations of religious festivals such as the Holi festival, where students took to Bute Park for a day of colourful paint throwing. Other events include casual dinners, socials, Bollywood film viewings and even the occasional chilli eating contest!

On the 15th of March, the Asian Society will hold their flagship show, Elements 2014. The show has been running annually since 2011 and has proved a great success, being voted as ‘best cultural event’ at the Cardiff societies awards in 2013. Previous shows have been held at the National Museum but this year the event will be held in a new venue, the Royal Welsh College of Music & Drama.

The formal evening will start at 6pm and the showcase will include a selection of performances exhibiting a diversity of traditional dance, indo-western remixes, vintage Bollywood and much more. The theme for this year’s event, ‘RAJA-RANI’ - which translates to ‘King-Queen’ -, is sure to be reflected in the performances, perhaps with inspiration taken from the recent Bollywood film, ‘Raja-Rani’. Last year, Elements attracted an audience of 250 and this year the Asian Society are hoping to improve on this.

The charities that Elements 2014 is supporting

As well as providing a night of entertainment, the Asian Society will be donating money raised from Elements 2014 to charity. The two charities of choice for this year’s show are the Ceylon School for the deaf and blind, and One Cause, a charity which improves the lives of communities across the world through education.

To get a taster for what the ball will be like, why not attend the launch party on Tuesday the 25th of February, which coincides with the launch of a brand new restaurant called ‘Dabba Walla’ on City Road? Tickets are £7 for members and £8 for non-members which includes a free ‘mocktail’ on arrival and entry to the after party, details of which will be announced closer to the time. The evening is a great chance to meet new people and will be filled with entertainment, food and games, all revolving around this year’s Elements ‘RAJA-RANI’ theme.

Get involved with Elements 2014

This year Cardiff University’s Asian Society want to make Elements bigger and better by appealing to both Asian and non-Asian students, so there is no excuse not to get involved with the festivities, immerse yourself in Asian culture and help raise money for two great causes.

For more information on the events you can visit the Elements 2014 Facebook page and watch the teaser trailer below.