Welsh property boom: is the end of recession near? 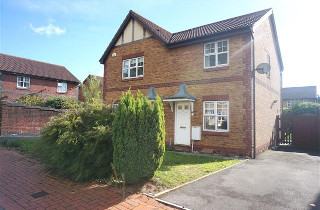 A new survey put together by Savills and analysed by Property Database has looked into property prices over the last decade and ranked 20 small areas of Wales as ‘property hotspots’.

The average house prices in these areas has risen to £300,000, an average price increase of 29.7% during the past decade. These small ‘Welsh pockets of prosperity’ found by Savills’ report include some zones where prices have risen by over two or three times the British average. A separate survey by Rightmove registered a 1% increase in January alone for these 20 areas, the biggest monthly rise ever recorded in Welsh property.

Topping the list for house prices in Wales is Shirenewton in Monmouthshire which has an average house price of £384,777, achieving 64th place in the UK for highest house prices outside of London.

Newtown in Swansea was also noted among the developing Welsh districts, as its average house price rose by a staggering 96% over the last decade. To buy a house in Newtown you are now looking at an average price of £365,775.

What does this mean for the Welsh economy?

It has been suggested that these small areas experiencing a property boom show signs that the economy is on the up and predicts a bright future for the Welsh housing industry. However, many have concerns over the implications of what has been found in this research suggesting the government should remove packages such as ‘Funding for Lending’ and the ‘Help to Buy’ scheme as these government lending policies have been criticised for arriving too late and could now be hurting the economy’s natural growth creating small property bubbles within Wales.

“Credit is still very, very weak overall. It’s only in this bit (mortgages) of the market that credit is flowing. The housing market is still well off its peak - nationally it’s nearly 30% below its (2007) peak in terms of inflation adjusted prices. There’s no evidence house prices are near the bubbly levels people talk about”.

Residents of some of Wales’ ‘hot spots’ are also sceptical about the impact the rise of house prices in their areas will have. Beverley Moore is a resident of the highly priced Shirenewton and has lived there since the 1960’s. Mrs Moore commented on the price boom by telling the South Wales Argus:

“There are some lovely properties here but with that comes various difficulties for younger people who grew up here and want to return but can’t afford to and also for those older residents who have lived here all their lives and want to downsize”.

It has yet to become clear what the true implications of this property boom will be and if other areas outside these 20 will follow suit. Nationally house prices are down by 30% and the 20 prosperous areas noted in Savills' report make up a large minority of Welsh property.

At CPS Homes our team of property specialists can provide you with information on the current housing climate in order to help you make informed decisions when purchasing your new home. To discuss any queries you have regarding buying, selling, letting or renting, contact us on 029 2066 8585 or drop by one of our Cardiff based offices.