Limited window of opportunity on development site in Cardiff 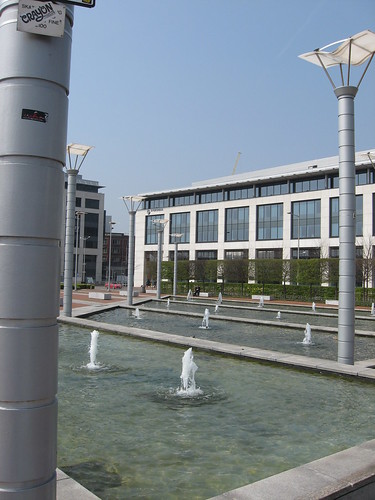 Earlier this year the Welsh Government acquired Callaghan Square, a key development site in the heart of Cardiff, but now they have announced they're willing to sell the land to Cardiff Council provided they make an official bid in the very near future.

Currently the Welsh Government has plans to build a 90,000 sq. ft. office block on the land it acquired from MEPC for £7.2 million earlier in 2013. The office block will supply the growing number of businesses looking for Grade A office stock to set up branches or headquarters in Cardiff. However, should Cardiff Council offer a similar price (to that the Welsh Government paid) they are willing to sell as they have no wish to become the long-term property developer, and with planned developments north of Cardiff Central train station promising hundreds of jobs, the Welsh Government no longer view it as a key development location.

If Cardiff Council purchase the land from the Welsh Government it may pave the way for a new 800,000 sq. ft. development featuring office, leisure and residential spaces known as Capital Square. Callaghan Square’s close proximity to Cardiff Central train station is also a major attraction to potential buyers as it is predicted that yields from these spaces will be as good if not greater than many areas across Cardiff.

Unfortunately Cardiff Council has made no announcement on its plans to buy the land, leading to rumours they’re not willing to meet the £7.2 million asking price. The Welsh Government is reluctant to sell the land for less as the sale wouldn't generate a return for the taxpayer.

While BBC Cymru has ruled out Callaghan Square as a future location for its new headquarters, other projects have been touted, including an indoor arena or convention centre, a scheme set up by Network Rail to improve Cardiff’s rail networks & expand Cardiff Central train station, and two projects involving Cardiff Bay.

Should the Welsh Government fail to sell the land within the limited time frame, the planned 90,000 sq. ft. of office space will be constructed, with completion estimated for the summer of 2015.

Cardiff is a growing city with a mixed population of students, young professionals and families. If you've recently moved to Cardiff as a result of a new job or because you’re looking for a fresh start, we at CPS Homes can help you find the right property. Check out the hundreds of properties we have available across Cardiff to rent or buy, and please contact us if you need any further assistance.