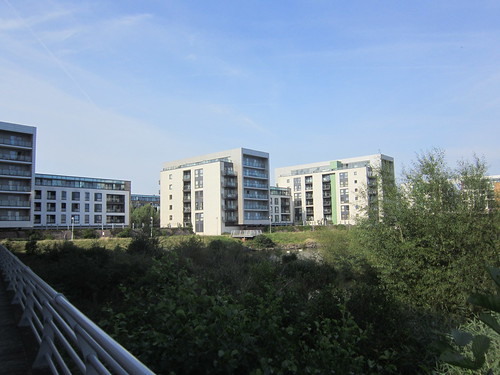 New plans have been submitted to Cardiff Council for a £60m Cardiff Bay development including flats and a hotel, named Bayscape. The new development plans are a revised version of the original 2010 plans that failed to materialise due to the global financial crisis.

The revised plans show that the developers behind the Bayscape project want to increase both the number of apartments – from 103 originally planned to 125 - and the amount of retail and food & drink space - from 750 sqm to 1200 sqm. The revised plans also aim to increase the marina management suite from 50 sqm to 200 sqm.

Savills property consultants have found that the original plans no longer met the requirements of local buyers. The company identified the need to develop smaller flats than previously marketed, but the apartments will still be generously sized.

Along with a wide variety of apartments and flats, the Bayscape developers are also planning to build one of the UK’s tallest hotels. The planned 127m high, 32-storey hotel is expected to contain a range of 5* rooms as well as a number of bars and restaurants that will offer unprecedented panoramic views over Cardiff, the Vale of Glamorgan and the Bristol Channel.

The Bayscape development will also prosper because it is situated within the Prospect Place residential area; this gated community features a range of high quality apartments along with an onsite swimming pool and gym. Some of the apartments are the most sought after properties available in Cardiff today, alongside apartments in Century Wharf. Prospect Place also boasts striking water views and cosmopolitan living with excellent access to the City Centre and the M4.

The Bayscape development is just one of Cardiff Bay’s recent high profile developments: the £500 million Cardiff Pointe development is expected to bring over 800 new homes to the Bay as well as beautiful architecture and design. Similarly, an 18 storey building called Horizon is also set to be completed in the near future, as development has resumed after five long years of financial issues and delays. The 76 apartments in the Horizon building have recently been listed for sale by Bellway Homes Wales.

CPS Homes are experts in providing valuable assistance whether you’re looking to buy, sell, or rent in Cardiff. We specialise in offering properties within Cardiff Bay, from traditional townhouses to luxury waterside apartments. If you would like any more information about living in Cardiff Bay you can check out our online guide, or feel free to contact us and we’ll answer any questions you may have.