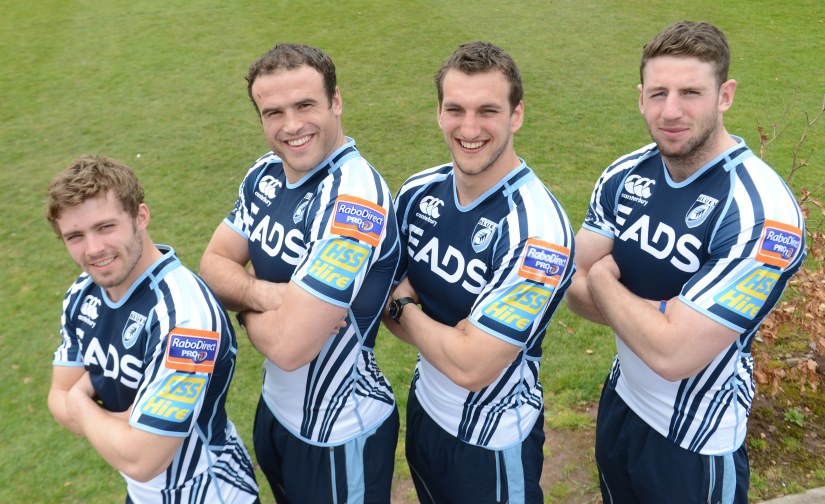 The British and Irish Lions have started to prepare for the up-coming Rugby Union fixtures against Australia next month. Firstly however, The Lions will stop off in Hong Kong on June 1st for a special match against the mighty Barbarians and when they reach Australia they will face some tough opposition for preliminary matches which will see them up against Super XV teams such as Western Force, Queensland Reds and New South Wales Waratahs. These matches are key in deciding which players are selected to play in the all-important test matches against the Wallabies, with the first test fixture being played on Saturday 22nd June.

At CPS Homes, we are proud to support the Cardiff Blues, and four of their squad have been selected to tour; Leigh Halfpenny, Jamie Roberts, Alex Cuthbert and Sam Warburton who also has the honour of being selected as captain for the tour. The latest Lions squad will be hoping to put an end to recent failures- the Lions have not won a test series against southern hemisphere teams in 16 years. The last tour triumph was in 1997 when the British Lions overcame South Africa to win the series 2-1.

Our boys from the Cardiff Blues will be hoping to impress British and Irish Lions and Wales coach Warren Gatland in the preliminary matches and earn a starting place for the first test match and we will be following their progress with interest.

Cardiff Blues and Wales captain Sam Warburton is a sure selection for the first test match, having been selected to captain the Lions tour 2013. The jury is still out on Sam however, having rejected the chance to captain the Wales rugby team in the Six Nations success. There are question marks as to whether Warburton can handle the enormous pressure of being a leader amongst seasoned rugby professionals like former Cardiff Blues player Gethin Jenkins and Irish rugby legends such as Brian O’Driscoll and Paul O’Connell. However, at CPS Homes, we are confident that our captain Sam can stand up and inspire the Lions squad to defeat the power houses of world rugby in Australia.

Fans favourite Leigh Halfpenny is also in contention for selection after some stellar performances for the Cardiff Blues and Wales. Having been voted ‘RBS 6 Nations Player of the Tournament’, the Welsh wizard will face stiff competition from Irelands Rob Kearney and Scotlands Stuart Hogg for a starting place at full back. Leigh will have to be on his top game in the preliminary matches in order to cement his place in the team to face the Wallabies. He has an advantage however, his ever reliable boot makes him a prime candidate for first choice goal kicker.

Jamie Roberts will sadly be leaving the Cardiff Blues at the end of the season after seven wonderful years to play his rugby in France with Racing Metro and will be hoping to end his Blues career in style with a place in Gatlands British Lions selection 2013. Roberts was named British Lions’ ‘Player of the Series’, in 2009 after producing brilliant displays against South Africa in the first two tests, where he formed an excellent partnership with Brian O’Driscoll. Having been hampered with injury this season, Jamie has struggled to find the form that earned him praise from respected professionals in the rugby world, but he still has the quality and power to be a destructive force in the centre.

Alex Cuthbert has been a revelation for the Cardiff Blues and Wales and is bound to be in Gatland’s thought for a start in the first Lions selection against Australia. Alex has been in excellent form this season and will be remembered in welsh rugby history for his two outstanding tries against England in the deciding match in the RBS 6 nations 2013 as well as finishing tournament’s top try scorer. Having only started playing rugby at 16 years old, Cuthbert has developed into one of the most feared players in world rugby and will prove to be a massive test for the Aussie defence.

As a proud sponsor of the Cardiff Blues Rugby team and passionate fans of rugby union, we at CPS Homes are always looking for feedback and your rugby experiences. Therefore, if anybody has been lucky enough to get tickets to watch the British and Irish Lions on tour in Australia or are just heading down under for the craic, we would love for you to share your photos and experiences from down-under. You can send photos via our Facebook and Twitter accounts and mention @cardiff_blues.

Come on the Blue Lions!