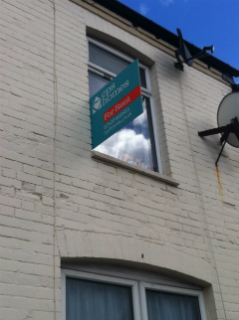 It has been announced that the number of letting agents that have signed up to The Property Ombudsman (TPO) scheme has passed 10,000 branches for the first time earlier in May. The TPO which was previously known as the Ombudsman for Estate Agents expanded its jurisdiction to cover lettings agencies in 2006.

The main purpose of the TPO is to provide a free, fair and independent service for disputes between letting agents who have signed up to the scheme and potential landlords, tenants, buyers or sellers of residential property in the United Kingdom.

Speaking about the news, TPO chief operating officer Gerry Fitzjohn said: “We started 2013 with 9,750 lettings branches so are delighted to have passed the milestone of 10,000 letting branches in membership.

Speaking in support of the new mandatory ombudsman scheme, Gerry Fitzjohn said that “TPO welcomes the housing minister Mark Prisk’s recent announcement that all lettings agents will be required to join a redress scheme and given that 10,000 letting branches are already voluntarily members of TPO, it is clear that we will be able to make a major contribution to those discussions.”

Here at CPS Homes we believe in providing high quality and reliable services to our landlords and tenants alike and are a proud member of The Property Ombudsman scheme. Our participation in the scheme means you can feel confident in knowing that our practises are both honest and legitimate. We are extremely happy with both the success of the voluntary ombudsman scheme and the news of legal regulation that will certainly help drive down unethical letting agency practises.