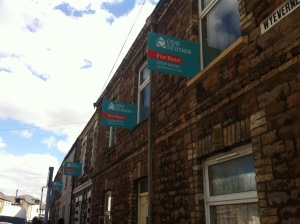 MPs have passed legal regulation of letting agents for the first time. The new rules form part of the Enterprise and Regulatory Reform Bill and will require letting agents to join a new ombudsman scheme.

The ombudsman scheme is a last minute government amendment by Housing minister Mark Prisk after the government overturned Labour peer Baroness Hayter’s proposal of bringing letting agents into the scope of the Estate Agents Act.

With complaints from both tenants and landlords increasing by 9% between 2011 and 2012, the need for letting agent regulation has become an ever growing issue. Housing charity Shelter reported that since last September, 23% of tenants felt they had been 'ripped off' by the charges issued by letting agents. Tenants were particularly annoyed with numerous credit checks and administration costs which increase costs to them even before they've moved into the property. In some cases tenants had to pay out huge sums of money before they had even placed the required deposit. Even tenants who had managed to move in relatively unscathed were unable to escape; these tenants were annoyed by the high maintenance costs during their tenancy and their inability to do anything to stop them.

So what do the changes mean to landlords and tenants?

The new ombudsman scheme will have the power to force letting agents it finds to have been unscrupulous to repay tenants and landlords, thus meaning the best interests of tenants and landlords are protected. Until now, anyone has been able to set themselves up as a lettings agent, though lettings agents have been able to join bodies such as ARLA if they choose. Those agents who chose to go it alone were free to operate unchecked meaning any consumers who had fallen foul of malpractice had no leg to stand on.

What do the changes mean to letting agents

The new ombudsman will force letting agents to clean up their act and operate in a much clearer and fairer way. However for those who continue to break the rules, a number of punishments can be given to them. Firstly if they are found guilty of malpractice they are responsible for compensating the wronged party. They are responsible for signing up to a redress scheme and those who fail to comply will be unable to operate as an agency. In more serious cases they could be banned from participating in letting agency work and in extreme cases criminal proceedings may be taken up against any guilty party.

A brighter future for tenants and landlords

ARLA has campaigned for regulation of the private rented sector, and has said it will continue to lobby for full regulation. The Royal Institution of Chartered Surveyors (RICS), which has also been a prominent campaigner for regulation, welcomed the changes but says there is still a long way to go.

Peter Bolton King, global residential director of RICS, said that while this case is indeed a step in the right direction, it is only the first step. There is still a very long way to go to make sure that tenants and landlords are treated fairly by letting agents.

"This is a step in the right direction, however there is still more to be done to raise standards in the market and protecting the consumer throughout the transaction. The lettings market has for far too long been in danger of becoming the Wild West of the property industry. While clearly there are good agents out there, the market has been dogged by poor practice and a lack of consumer protection.

However should a tenant or landlord experience problems due to poor service they will be now be able to register their grievance with and independent redress scheme which will, if appropriate, investigate and award compensation."

We here at CPS Homes have previously touched upon this issue of bad letting agency practices and we welcome the new ombudsman. As a professional agency with numerous accreditations and recommendations with industry-recognised regulatory bodies. We believe in providing high quality and honest  to both tenants and landlords alike.