A superb second half performance by St. Peter’s Seconds transformed an eventless (is that a word) first 40 minutes which saw the welcome break arrive with a 3 point lead to home side CHSOB. The difference between the two teams (according to manager Vinnie) was the superior tactical changes by the manager in bringing on Rhodri Beynon (the physio) at half time. Rhodri went on to score two tries – the second of which he finished off with the crowd pleasing ‘Ayatolah’ – make up your own jokes! Final score – an impressive 17-39 win to the Rocks. 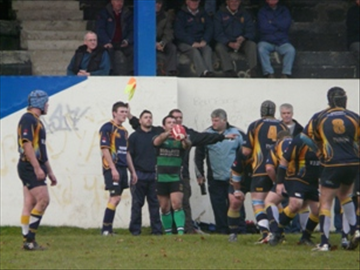 On the Harlequins yesterday, the firsts entertained Pentyrch taking the spoils 41-19. The Rocks are certainly keen to play an expansive game this season and were delighted to see the torrential thunderstorm pass over the Roath Ground before kick off. With Stephen Ireland proving to be as elusive off the pitch as he is on (ie no-one has seen him), Mike Butler took over the 10 jersey and gave one of his best performances in green and black in many a game. Following in the pattern of play demonstrated by David (Mitchell) and Steve over the last few games, Mike kept the travelling back line guessing all afternoon with an occasional deft kick through to turn the defence around, then as they were flat footed he read the game well and put in the long pass. Mike gave himself the room he needs to shine this afternoon. Somewhere along the line, Mike must have had a fine fine teacher! The first try was a result of speed and quick thinking as, from the attacking 10 Mike slid the ball through the waiting defence and gathered the bounce himself before passing on to supporting Dan Evans.

Other tries during the afternoon were rarely simple as the ball was moved continuously between forwards and backs hands. The best of these was the fifteen man try from a line out five yards out. The expected tactic would be to tuck it up the jumper and drive, but the move was called early and, with Tony Johnson acting as Scrum Half the ball was swiftly moved to the opposite wing for Jamie Evans to cross over. The final try of the day was a full length (of thepitch) try started by replacement Jamie Churcher feeding Joe Davies and finally with the well timed inside pass, which has strangely eluded the Rocks over the past few years, Dan Evans crossed over for his second. Other tries by Danny Murphy, Sonny Driscoll.  Coach Lee Smith commented after the game that although the third quarter allowed Pentyrch to come back into the game with a couple of tries, the team spirit of the Rocks shone through and the team once again finished with a flourish. (Not sure if he said flourish, but it sounds good). Well done again Rocks. 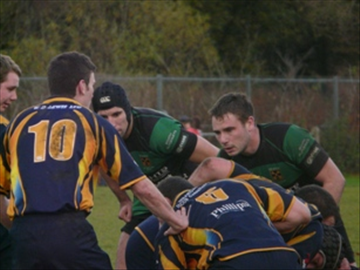