Match report 17th November 2010 CARDIFF UNI A Vs Law A

As another season arrives, the rivalry returns. Reliving the IMG netball trial last season, Cardiff Uni IMG A and Law A met again this week. Both teams seemed fired up for some excellent netball and the result was a competitive match of skill, determination and sheer strength. 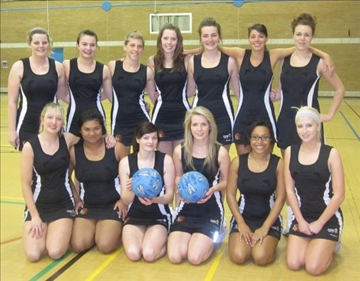 Some fantastic shooting from Law to start the game put them ahead but Cardiff returned the sentiment with some speedy transitions from keeper to shooter. Cardiff centre Alaw Davies flew around the court, hiking the attack and defence beautifully. As a newly hedged team, Cardiff uni continued to improve throughout the game. Shooter Georgie Pick received player of the match, a well deserved award given her genuine aggression in the circle. A great contest, a well deserved win for Law A, but one hell of a performance from the A’s. Great work girls.