Back
Pentwyn has its own shopping centre,
fish and chips, Indian takeaway

Location: Glamorgan House , Croescadarn Rd , Cardiff , CF238XL
This is a private hospital and is situated within Pontprennau itself.

There are regular bus links on the 57 and 58 that go through Llanedeyrn and Pentwyn – they also head down Albany Road and into the city centre.

Llanedeyrn and Pentwyn are both in close proximity to the A48 motorway, handy for those travelling outside of Cardiff or into the city centre.

What's on in Pentwyn & Llanedeyrn

A recent application was passed and approved following an eight year battle for planning permission. A twenty million pound redevelopment of new housing is to replace the Maelfa shopping centre. Cardiff Council and Cardiff Community Housing will be over-seeing the demolishment of the existing shops to make way for new homes, shops and restaurants. The site was previously used as a setting for the BBC’s Dr Who and Casualty. The development will comprise of one hundred and eleven new homes, nine commercial units and a public square.

Location: The Howardian Nature Reserve , Ipswich Road , Cardiff , CF23 9AQ
The nature reserve is home to the lower valley of Pentwyn and Llanedeyrn. You will find picturesque woodland with a wildflower meadow, ponds and reed beds.

Location: Pentwyn Leisure Centre , Celyn Road , Cardiff , CF23 7EZ
The leisure centre in Pentwyn is a great place to keep up your fitness and squeeze in some extra activities. The leisure pool is complete with slide, waves and features. There is a multi use sports hall complete with four badminton courts, two squash courts and a fitness suite. Moreover , there is a five- a- side football pitch!

Location: Parc Coed y Nant , Cardiff
Pentwyn is one of Cardiff’s most popular family areas. There are plenty of amenities to make family life easy going. At the heart of Pentwyn you will find the lake: Parc Coed Y Nant which plays host to ducks and various other wildlife. There’s also plenty of ways to keep fit with many little other parks and leisure centres in the surrounding areas, including a children’s playground.

Location: Maelfa , Llanedeyrn , Cardiff , CF23 9PL
The Retreat is a Brain Pub located in the heart of Llanedeyrn. A family friendly pub with a beer garden. There’s also a snooker table, skittles and darts activities available. 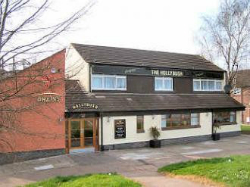 Location: Glyn Coed Road , Cardiff , CF23 7DX
Can't be bothered to cook after a long day at work? Then head to the Hollybush on Cyncoed Road. With its friendly and warm atmosphere, it's perfect for families and offers a wide range of no-nonsense pub classics on their menu.

Just 3.5 and four miles from Cardiff city centre respectively, Llanedeyrn and Pentwyn are relatively recent additions to Cardiff’s suburbs and offer accommodation to suit all budgets.

For those that know Cardiff quite well, you’ll know there’s a clear difference between the two areas. Pentwyn, though slightly further from Cardiff city centre, is equally well connected (each have a nearby junction onto the A48 artery that crosses the city as well as connecting conveniently to the M4, and excellent bus links), and feels better serviced. 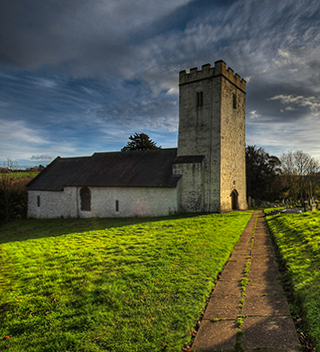 While newer nearby Pontprennau takes its name from a nearby brook, Llanedeyrn and Penwtyn are named after farms that once existed here. These along with farms Tyn-y-Parc, and Malthouse were for centuries rented to farmers by the landowners, the Kemys-Tynte family of Cefn Mably.

Finally in 1889, parts of what we now know as Llanedeyrn came under Cardiff County Council’s ownership, and in 1921 the family’s estate was finally broken up. Due to the need for improved and more housing in the post-war years, by the late 1960s work was underway to provide 3,500 low cost homes for some 12,000 Cardiffians (2,000 of these properties remaining council-owned) comprising prefabricated and terraced houses, and numerous blocks of flats.

The first estate opened in 1968, and 14 more quickly followed. These days, residents are generally split between mainly older people who own their former council houses thanks to the right to buy scheme, and social housing occupants in properties under both private and council ownership.

Generally houses here have vehicle access to the rear via cul-de-sacs, while the house fronts face communal footpaths. Wide footpaths transect the district, with many an underpass beneath the main roads, some of which don’t even have pavements – the aim being to separate cars from pedestrians. Leafy and green, away from the bustle and hemmed in streets of Splott, Roath and Canton, this was certainly a new way of living – even if wasn’t as utopic as the planners envisaged.

Cardiff-based investor landlord Gareth John owns properties across the city and owns a three-bed end of terrace house in Llanedeyrn. "I was attracted to the area due to the decent return on investment and properties are usually filled by people who have relatives and friends nearby. This often equates to long-term tenants who generally respect the property and take pride in their home."

"Prices in these areas have risen significantly in the last few years, but due to the nature of the area, have a very clear price ceiling, so it’s all about the return on investment rather than any capital gains sought."

Llanedeyrn estates vary considerably. It would be a lie to say that some estates don’t have a poor reputation. Worst among them is Roundwood, damned by a Cardiff Council subcontractor on a housing forum as "devastatingly unattractive".

"For such a relatively small area there are a lot of estates with quite different characteristics," says Gareth John. "I prefer Brynfedw as I believe this is more popular with families who want to settle longer term, and the communal areas reflect this.

"Awel Mor, for example, mainly consists of a greater mix of flats and houses and seems more transient and as such suffers from more neglect within the communal areas, such as increased littering and fly tipping."

In 1974, the Maelfa Shopping Centre opened, and a year later The Retreat pub. It’s fair to say the Maelfa (pronounced to rhyme with ‘alpha’ by locals) has seen better days, with just seven of the 23 commercial units in use.

In April 2016, a regeneration plan was announced and finally a £20million scheme to resurrect the Maelfa is in the offing, which includes 111 homes (54 affordable ones), new commercial units and a public square.

The works of Maelfa Regeneration Scheme started in 2017 and it's due to finish in summer 2020. "A lot of people who have lived here since Llanedeyrn was built remember happier times when the current quiet centre was full of businesses and a hive of activity," said Liberal Democrat councillor Joseph Carter after planning permission was unanimously given in April 2016. "We hope this new shopping centre can regenerate the centre of Llanedeyrn."

Also with much greenery, and a clearly defining ring road, Pentwyn is separated from Llanedeyrn to the south by Parc Coed y Nant. Parts of this park are a Site of Nature Conservation Importance. It comprises a playing field, centuries-old copses and woodland, and a large manmade fishing pond.

With a population of over around 160,000, Pentwyn boasts five primary schools, compared to Llanedeyrn’s one: Glyncoed, Bryn Celyn County, and St David’s Church-In-Wales, The Hollies and St Bernadette’s, as well as a large, popular leisure centre, which opened in 1989.

Around the corner from it are shops and St David Medical Centre, which comprises a doctor's surgery, dental practice, pharmacy, optician and vets. The Grand Slam pub, built in the 1980s, was recently closed to become a shop but there are two other Pentwyn pubs – The Village Inn, the name of which is the only olde element to it, and Brains-owned The Hollybush, the veritable veteran of the three, built in 1975.

Pentwyn boasts a Waitrose and Aldi, a Lidl (with a surgery), as well as a Co-op, petrol station, and fast food outlets such a Domino’s Pizza and Fintan’s fish and chips, making it a place that people from across Cardiff visit far more than more insular Llanedeyrn. Even Pentwyn’s boundaries are more blurred between neighbours, established upmarket neighbouring area Cyncoed and newer Pontprennau.

Prices here have been on the up for some time. The sale of land previously owned by Matsushita Panasonic has recently seen modern semis, detached and townhouses built in north Pentwyn. These newer homes here feel more akin to its neighbour Pontprennau.

As Cardiff expands – it’s the UK’s fastest growing city – Pentwyn is no longer considered to be on the capital’s outskirts. Thousands of homes are planned in outer lying areas in the coming decade – as a result, Pentwyn’s continued popularity as an increasingly central, affordable suburb is assured.

The prince of Pentwyn

Llanedeyrn takes its name from the farm, which in turn took its name from the original village of Llanedeyrn, which lies just north of the A48, east of the Pontprennau interchange. The hamlet is named after St Edeyrn, a sixth-century prince. Also the patron saint of Lannédern in Britanny, northwest France, here in Cardiff, he founded a large community or monastery of 300 people. (The word "Llan" means settlement or place of worship in Welsh.)

St Edeyrn’s church in Llanedeyrn village is Norman dating from 1123. From the late 1700s the rural hamlet featured the Unicorn Inn public house. However, the village is now in the district of St Mellons.

Llanedeyrn High School was the first comprehensive school built in Wales, opening in 1970. Former sprint and hurdling hero Colin Jackson CBE attended the school in his formative years, as did his Casualty actress sister Suzanne Packer. Due to falling pupil numbers it was finally closed in 2014 and St Teilo’s Church in Wales High School now occupies the site.

CPS Homes last edited this page on 13/12/2019. All details listed were correct at the time of publishing. Reviewed every six months.