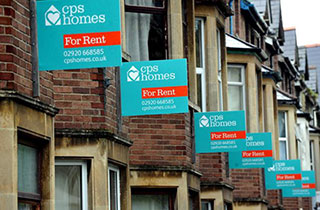 CPS Homes is concerned to read Welsh Government’s proposals to change the way landlords can regain possession of their property.

A consultation process is currently ongoing and, if the Government gets their way, the changes will mean landlords are forced to wait at least 12 months to recover possession.

How does it work at the moment?

Currently, landlords can regain possession of their property by serving tenants with a Section 21 notice. They don’t need to provide a reason, so as long as the notice doesn’t expire within a fixed-term and gives tenants at least two months’ notice, it’s perfectly valid.

The alternative way of regaining possession is to go via the Section 8 notice route, but this requires the proving of one or more grounds and requires at least one court hearing – sometimes more – which all adds up to significantly more time and cost.

As such, landlords much prefer the ‘accelerated route’ the Section 21 notice offers.

The most significant two proposals are;

The effect of the above two proposals combined means that every new tenancy will be for a minimum of 12 months because landlords will have to wait at least six months before they’re able to serve the notice, then the expiry date of the notice needs to be another six months away. This poses a problem for landlords who encounter issues with their tenants soon after moving in.

The Government’s assumption seems to be that landlords are regularly evicting perfectly-good tenants; labelling them ‘no fault evictions’. In fact, the opposite is true.

Landlords prefer to keep good tenants in their homes and do not go to court without good reason. Contrary to the myth surrounding ‘no fault evictions’, landlords typically only use a Section 21 notice where the tenant is at fault.

A survey carried out by the Resident Landlords’ Association found that 83% of landlords who have served a Section 21 notice had only done so because of rent arrears, while over half had also experienced anti-social tenants.

While it is the Section 8 notice that is specifically-designed for these situations, the survey found that landlords were five times more likely to use the quicker Section 21 route instead, suggesting a lack of faith in the current court system when relying upon a Section 8 notice.

After all, why spend a significant amount of money on court and solicitor costs in a bid to prove you have grounds for possession – often waiting 20+ weeks and culminating in a decision that may not go in your favour – when you can serve a Section 21 notice, prove nothing and be guaranteed possession at the end of it?

Are Welsh Government proposing anything else?

Yes. If a Section 21 notice is served and expires without being used, Welsh Government want to prohibit the serving of another notice until at least six months have passed.

Further proposals seek to prohibit the use of early break clauses, as well as removing a landlord’s ability to end a fixed-term standard contract.

We’re encouraging landlords to have their say by responding to the consultation.

If Welsh Government get their way, these changes will take effect once the Renting Homes (Wales) Act 2016 comes into force, which is expected in 2021.